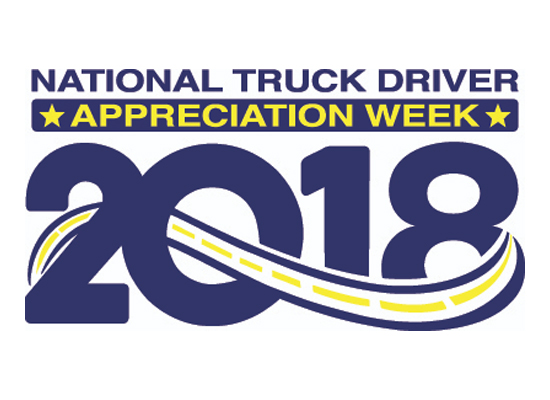 September 9-15, 2018 is National Truck Driver Appreciation Week (NTDAW).  Please join NTL and Logistics Plus in honoring all professional truck drivers for their hard work and commitment in tackling one of our economy’s most demanding and important jobs. These 3.5 million professional men and women not only deliver our goods safely, securely and on time, they also keep our highways safe.